This week’s recipe is for an all-white salad, made with celery, apple, fresh mushrooms and napa cabbage. The dressing is a kind of mayonnaise made with Greek yogurt. Mostly it reminded me of a story in Emeril Lagasse’s cookbook Everyday’s a Party.** In it, for Ash Wednesday, he tells the story from a novel set in New Orleans called Almost Innocent. In the book, two characters meet every Ash Wednesday at St. Louis Cathedral to get ashes, then walk to Antoine’s, where they have their “annual White Lunch: vichyssoise, accompanied by vodka martinis, followed by filet de truite au vin blanc, pommes de terre soufflees, a bottle of Pouilly-Fuisse, and for dessert, Baked Alaska. No green salad, or coffee, or cigars, in keeping with the Tout Blanc dictum.” Emeril liked the story so much that he created his own white menu, including a salad of crabmeat with celery root mayonnaise.

While I would never have such a meal on Ash Wednesday, the idea intrigued, and I thought that it would be fun to pair up two different white salads, since I thought that they could play off each other.

For Dorie’s salad, I thought that it really wanted to be a chopped salad. I also added some sliced (blanched) almonds. Next time I’ll do slivered for a bit more crunch. The salad is just prepping the vegetables, and the dressing is easy, since it relies on the Greek yogurt to bind the mixture together.

The crabmeat salad has a similar dressing, though it is put together in a food processor.

The first 8 ingredients get whirled in a food processor until blended. Then the oil is added slowly to create a mayonnaise. about 1/2 c or so of the dressing is then added to the crabmeat and everything is chilled for about 30 minutes. In the original recipe, the crabmeat is served over an iceberg lettuce wedge with more of the dressing and some freshly-made croutons. 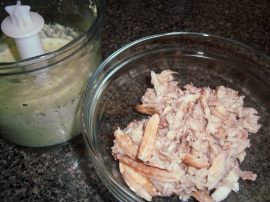 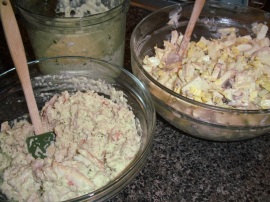 Since I was going to serve these two salads together, no need to add any more lettuce to the mix. The celery root dressing smelled divine. And the all-white salad looked quite pretty, though, of course, white salads… 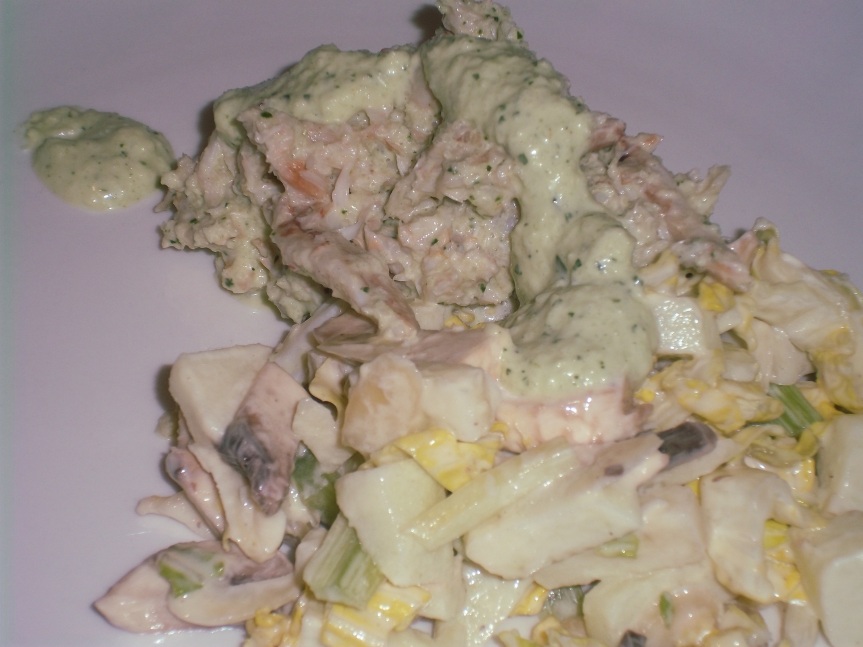 Unfortunately, white salads don’t photograph well, and definitely not on the white plates as the original salad is served on in Paris. But for the idea, it was nice.

I thought that the all-white salad (though not strictly all-white given that the cabbage and celery are a bit green) was nice, but not something remarkable. The dressing, since it’s only egg yolk, olive oil and yogurt with a bit of salt and white pepper, wasn’t all that compelling. I have to say, I liked the more pronounced flavor of the celery root mayonnaise, and will definitely make it again. Very typical of Louisiana style dishes, with bolder flavors. Of course, hard to beat some nice lump crabmeat too. But it was nice in combination, and a fun challenge.

** now, I know that there are people with strong opinions about “TV chefs”. I can’t actually stand to watch an Emeril episode on TV, but, I will happily go to one of his restaurants in New Orleans on any day. His food there, and in his cookbooks (especially early ones), is terrific. I have things I go back to time and time again. So I know that haters are gonna hate, but trust me, it’s not all “Bam”. 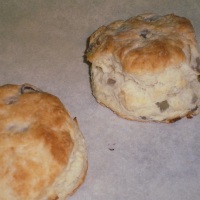