This chicken, as David describes it, is supposed to be the best of all chickens when purchased from “the chicken lady” in Paris. I can see that. I first started buying rotisserie chickens in Australia because it was so much more practical to do that than heat up the apartment – and they were delicious! I lived on the Gold Coast (on the beach!! I thought it would likely be my only opportunity with the cost of beachside residences in the US). It was a wonderful time filled with scuba diving, and long walks on the beach and amazing sunrises. Oh, and “roast dinners”, and particularly chickens.

Now, I vascilate between roasting my own, and the immediate satisfaction of a freshly cooked rotisserie chicken. What I find is that the purchased ones are great at them moment. But lack nice texture once cooled.

Anyway, I was intrigued by the recipe. David suggests that the chicken can be cooked on the grill. The first time I made it – I got a US sized half chicken, and did just that. 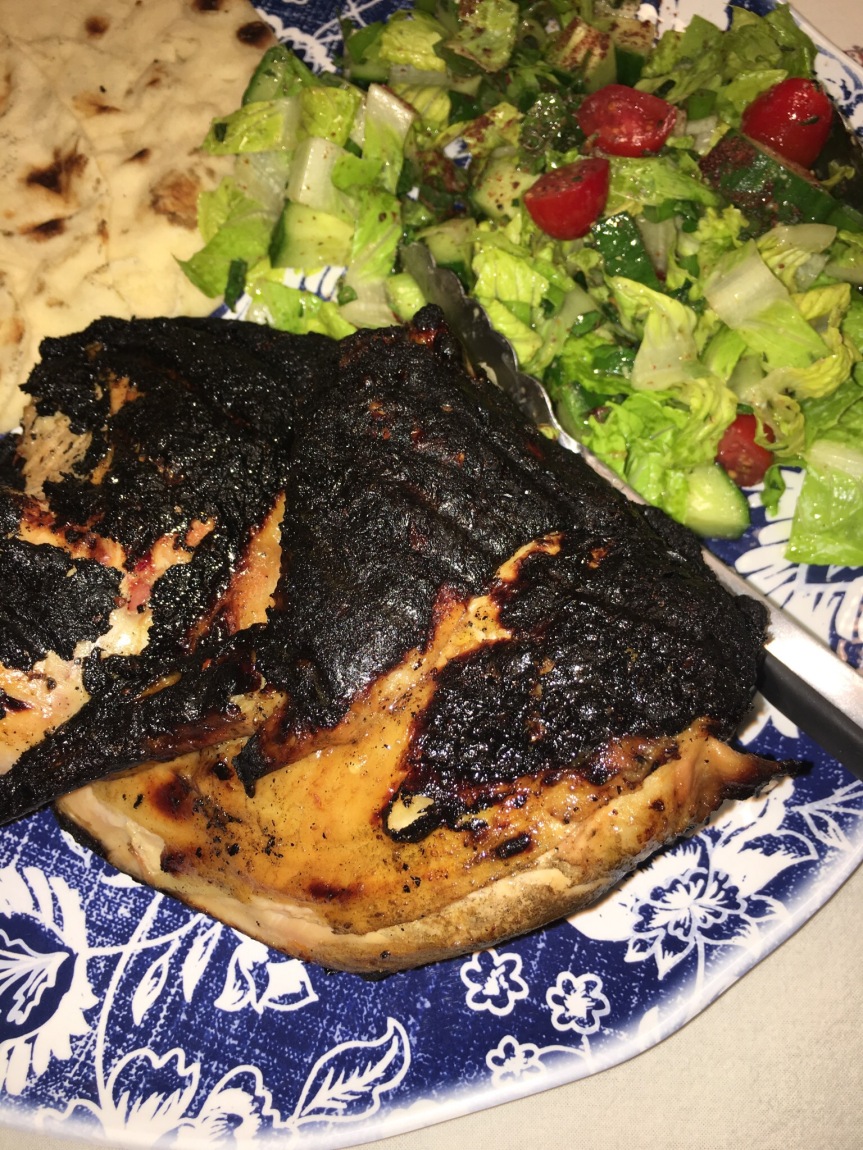 Well, as it turned out, I got it too hot (and the chicken was too big, I think). It was really good, and the not-burned bits of skin were delicious. It was pretty good.

Since I’d made this early, I decided to try another one – but this time as a beer can chicken. You can almost never go wrong with one – the chicken bastes itself, and it’s difficult to burn since no part of the meat touches the grill. I marinated it again, and put the whole thing together. Did my normal thing on the grill… Um 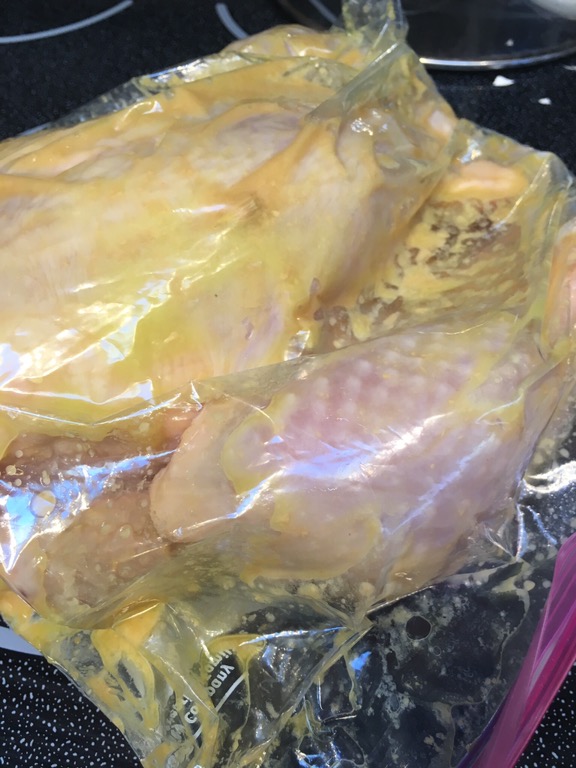 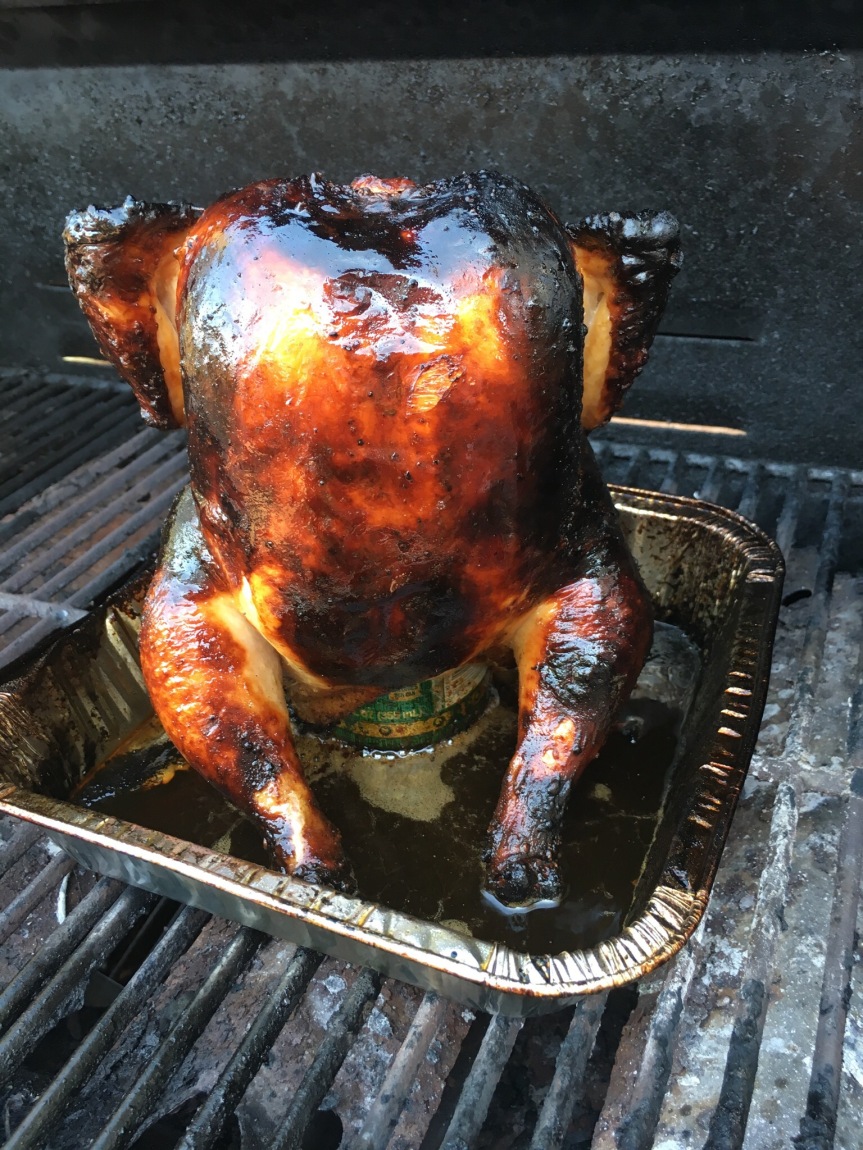 Well, the honey in the marinade just really is difficult to manage on a grill, no matter what. The marinade actually laquered the skin. Looks better in the photo on the grill than it really was.

So. I loved the process (even though I don’t often love marinated meats). I thought it was fun and charming, but I suspect that the 2 times that I made this will likely be the last. The chicken was good, we enjoyed it. It was fun to make and experiment with. I suspect others who resorted to their ovens had more success. You can find out what they thought here!

I’ll be looking forward to seeing how their chickens turned out – I hope you’ll visit them and see for yourself!