Andrea, our beloved Kitchen Lioness, has offered those of us who often find ourselves without enough time to do everything we want (that would include me!) an opportunity to play catch-up in March. A month offering a chance to make up one or more of the recipes we’ve missed during out 10-month foray cooking through River Cottage Veg.

Perhaps the one recipe I wished most to make was the lettuce, spring onion and cheese tart. Everyone who made it when it was on the list for that month absolutely loved it! Essentially, it’s a quiche, but with browned baby lettuces and spring onions with the filling.

The lettuce is quartered lengthwise to help hold it together, then cooked lightly to get a little nice browning. The spring onions get their turn after the lettuce is removed. 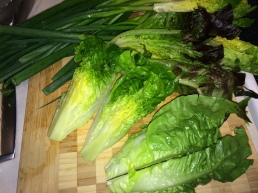 I decided that I would try making Hugh’s tart dough. I wondered if it would differ from others, and to some extent it did, though it’s all a similar process. Milk steps in for water, but otherwise, generally the same. This was quite a bit thicker and “heavier” for the size, but it was super-easy to work with. I did leave it a bit rustic.

The shell gets par-baked. At first with foil (and beans or pie weights if I’d had them handy), and then alone. Overall, it was about 30 minutes, which seemed quite a long time, but never fear. Then the vegetables were added, and topped with cheese. A custard of eggs, yolks and milk are added. Sadly, my rough edges had one little spot that was too low – and some filling seeped over the side as it baked.

The tart bakes for another 35 minutes, until it’s puffed, golden and the eggs are set.

I’d made mine in a spring-form pan so that I would be able to remove it and have that satisfying straight crust around the edge. Of course, it wasn’t easy to get out of the pan with that spillage – it didn’t help that I was impatient to serve it! But it did turn out beautifully and was a huge hit!

As for the crust? Well it definitely reminded me of “English” crusts I’ve had – encasing delicious meat pies… this was a sturdy crust that would hold up to any filling, and so simple to make and work with. Definitely one to remember to use again.

I also made an orange, carrot and cashew salad. I actually made it to go with the tart. I found some blood oranges that I thought would be pretty. Hmmm.

The cashews get toasted, the oranges sectioned, carrots turned into matchsticks. There’s really no dressing, just the grated zest, a drizzle of oil and a dash of vinegar- and a bt of cumin, salt and pepper.

It really was quite pretty. And it wasn’t bad eaten on its own, but not something that will be showing up again.

Another recipe for me was for a lentil and spinach soup. I often make lentil soup. Such an easy, comforting soup for a busy work-day lunch. This one is quite similar to others I’ve made. Onion, garlic, tomatoes, fresh thyme – and of course the lentils and spinach. I was so happy to remember to bring home some herbs from the garden up north! I also had some cooked lentils on hand. I decided to use them instead of from the dry ones – just to use them up. 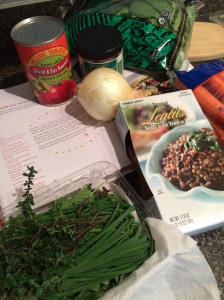 Fast forward a bit, and with a shave or Parmesan to add to the flavors, a beautiful bowl of soup is presented.

My final make-up dish was pasta with greens garlic and chile – the broccoli version. This is an easy, comforting dish – pasta and broccoli get cooked (together at the end of the pasta-cooking), drained and tossed with a bit of garlic-infused oil and Parmesan. What a quick and tasty dish for a quick dinner.

All in all, a very fun and very, very delicious make-up month! I was so happy to have been able to try a few more dishes that I missed along the way. To find out what the other Cottage Club members made, you can find their wonderful results here. 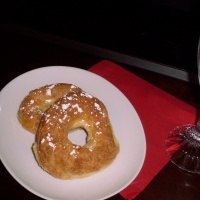 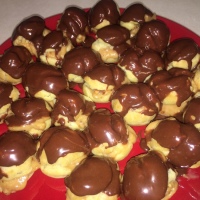