It was kind of fun to make a game hen again. I’ve probably made them once in the last couple of years, but probably not for quite a few years prior to that. When I saw them already thawed at Whole Foods though, it made this a lot more do-able. No defrosting! Then it becomes a quick meal, that looks pretty fancy. In fact, I picked up my ingredients on my way home, and still had dinner on the table by 7:00!

I decided that I needed to mix Dorie’s flavors up a bit, and probably could have gone a bit farther – but decided on an andouille sausage, and instead of bread, some sweet potato biscuits (if only I had a cornbread muffin!). I also added a fair amount of thyme, some chopped sweet pepper and was generous with the black pepper and garlic. 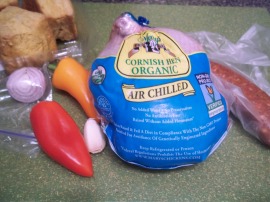 This is a fairly simple, typical preparation – vegetables, sausage and seasonings get browned together. Then an egg (for the full recipe) and “bread” gets added as well, and seasoned again. 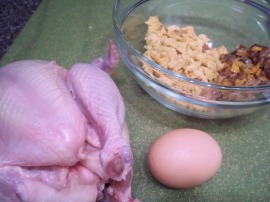 I served halves with some mashed sweet potatoes to round out the Southern vibe of the meal. 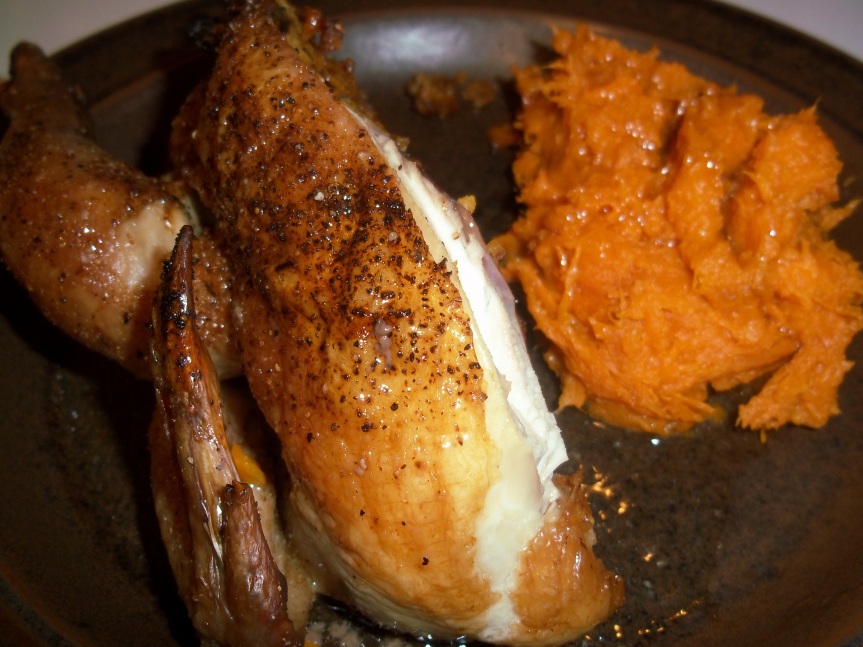 This was a fun, and surprisingly quick recipe. Quick, easy, delicious, even a bit elegant. There was good flavor from the organic bird, so that worked out well. And this is a nice way to get both light and dark meat in reasonable serving sizes as well. Altogether a hit.

Note to Doristas: I did not flip the bird around – I just worked to get it out of the oven when it was perfectly done, so that it was juicy throughout.