Really, I shouldn’t do two things, well, maybe three. I shouldn’t wait until the last minute to start a recipe. I shouldn’t try to do too many things at once. And I really should make sure I read the recipe… but I guess I knew that already.

I started a series of pottery throwing classes this week. I used to throw years ago, and even have a wheel and kiln, but they’ve been gathering dust for a very long time (and I really don’t have the setup to have them out at this point). But a friend in my book club bought a Groupon for a beginning class and that reminded me of how much fun it is to throw. It’s such a great process – another one of those kind of get-in-the-zone zen things, very much like sewing. Just messier! In a good way :).

So with that and some other things going on, I left making the chocolate tart until quite late (ok, last night!). I hadn’t really looked at the recipe, but saw enough to see the Nutella version. Since I’d be sharing this at work, I decided that that version made a bit more sense than the banana (though that sounded good too), since I’d be schlepping it around and it had to maintain its composure.

This is almost exactly like a tart that I’ve been making for years, and very similar to one that was part of the Tuesdays with Dorie recipes. I hadn’t really thought this through. I forgot that Dorie’s sweet tart dough can be pressed into the pan directly (what I would normally do), and that it didn’t really have to be chilled or frozen. So I finally realized that it wouldn’t take quite as long as I thought. 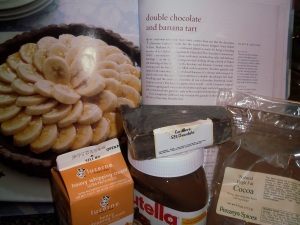 The crust is really simple. Just some cocoa added to the typical sweet pastry dough. Dorie’s is simple because you just whirl the dry ingredients (flour, cocoa, powdered sugar and a touch of salt), then add the cold butter chunks, and finally an egg yolk. So easy!

This mixture can either be rolled out, or just pressed into the prepared pan (Dorie’s suggestion of spraying the pan with something like Pam is great!) 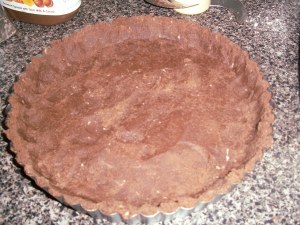 This crust is chilled (or not, but I did) in the freezer. I did use some oiled foil, and some pie weights, but as I understand it, they are not really mandatory if you freeze your crust first.

Once baked, I spread the bottom of the crust with Nutella. That gets chilled too, so that it doesn’t mix in with the ganache when it’s added. Once that’s chilling, it’s time for the ganache. This is really one of the easiest things in the world to make – well, as long as you can read! Um, I wasn’t paying attention too much. I had 2c cream, not 1. Oops! It didn’t really look right… not dark enough. So I had to re-check my recipe. And, oh, another trip to the store to get another half-pound of chocolate. The upside… extra ganache in the refrigerator for something else!

Here’s how I do this – I heat the cream until there are a few bubbles, take it off the heat and add the chocolate and stir. It really doesn’t take long, even if you’re like me and your chocolate is in chunks. The middle picture is where I knew I’d gone terribly wrong. So easy to tell when it really looks right – creamy and dark chocolaty!

The ganache is spread into the crust over the top of the Nutella. It gets chilled a bit before it gets its final topping. In this case, chopped hazelnuts (I should have toasted them) and some gray salt. 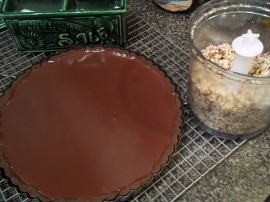 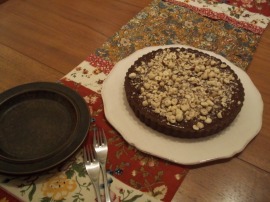 This is incredibly delicious. I like the addition of the Nutella and hazelnuts. And the gray salt really sets the flavors off. The one I normally (used to) make doesn’t have the nuts. but they are a nice addition.

Other ideas: I think that fresh raspberries would be amazing – maybe even more so with a layer of preserves on the bottom. I could see grated orange peel as an addition as well. I’m excited to see what others have done, and if they used the bananas (which I still think would be great). If you’d like to see what they’ve come up with, visit French Fridays with Dorie to see their posts. 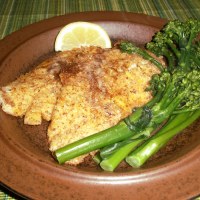 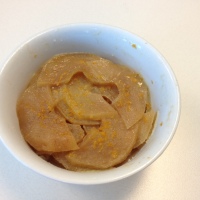