This is another braise, so popular in the French cookbooks we have used. Taking a tough cut of meat, adding wonderful flavors, and cooking it a long time – which is great because there is so little active time, and it mostly takes care of itself.

This time, lamb shanks. With a spice rub that needs to marinate for 8-24 hours. They then get browned before adding the aromatics to the mix. A nice pinch of saffron is added next.

Some broth, the lamb shanks added back, and then finally covered, the tagine is ready for the oven. 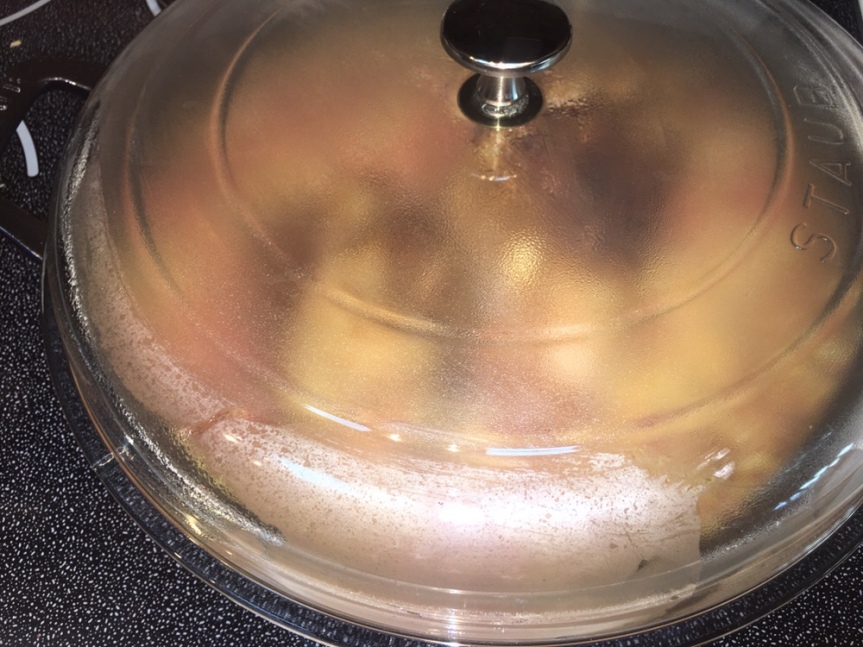 Over the course of several hours, shanks are turned, dried apricots and raisins are added. 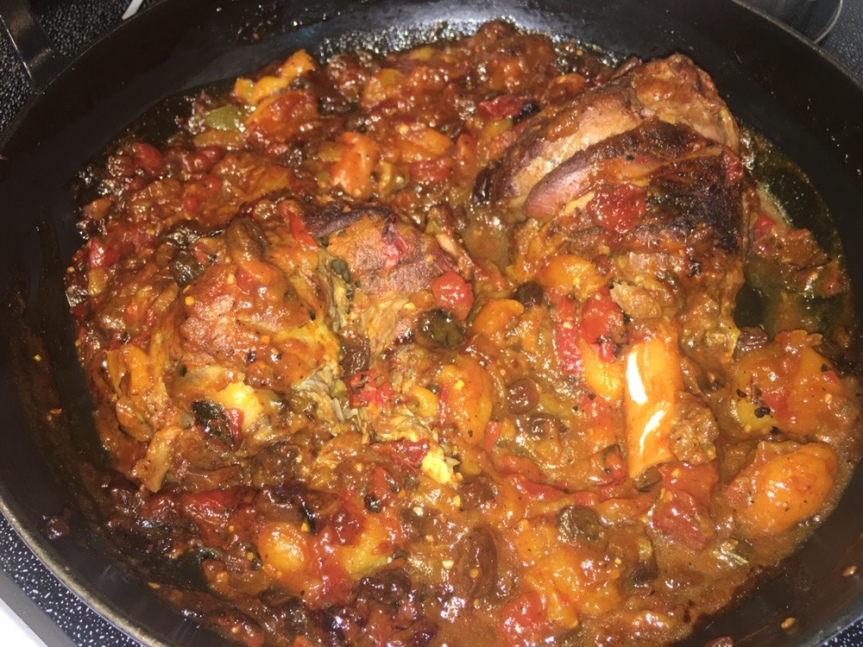 I used my new covered pan, and I imagine it wasn’t a great seal. The sauce really reduced quite a bit. For my 2 shanks, I used the full amount of the other ingredients.

I served this with a couscous mix. It looked pretty!

It was not for us. Smelled good, but while we love lamb, have no bias against sweet and savory combinations, it just wasn’t going to happen. I actually had a pretty thorough fail for the day! I made an apricot tart with garden apricots that I’d frozen. A shocking waste! But. I tried.

As much as we enjoy lamb, I’d not made shanks before. I imagine next time I’d tend toward the white bean, garlic, white wine spectrum. But who knows. I see that others have loved this, so I imagine it’s a personal preference thing. It’s how we learn!!